I will be doing a post on each of the characters so you can get to know them a little better. The first up is Blake. Tall, very muscular and a total hottie with deep green eyes that you melt into. Definitely the mean and moody type, his face is always stern but on the rare occasion a smile escapes its enough to take your breath away. Blake is a very impressive fighter, probably the strongest out of the Twisted Bloodlines characters and not someone you want to get on the wrong side of. Far from a ladies man, he only has eyes for Megan and woe betide anyone who gets in the way of that. Extremely possessive, although he shares this aspect with most of the males. Call it the inner beast taking over and leaving its mark. Blake, although on appearance seems to be in his twenties is in fact much older than that. He has had great patience through the years, always remaining in the shadows until the right moment only to find that what he has been waiting for comes with a lot of complications and a path set with raw emotions ready to break him. His own past holds a secret that is only just being unveiled to him, the question is how will he deal with it on top of all the chaos already taking center stage in his life. A dedicated member of the household with a very short fuse, does Blake have what it takes to go the distance or will he break under the pressure and cut his losses, leaving behind that which he desires? I loved creating Blake, he has so much potential which hasn't yet been revealed. A dark side which is just begging to be released, replacing the strong and steady man which is on the surface. Blake has had to deal with so many difficult situations concerning his sole purpose Megan, who he has been patiently waiting for. Will he continue the fight for her? Is it worth it since her heart seems divided? You will have to read the book to find out :) 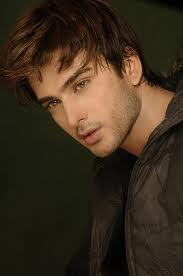 Temptations From The Past


"I can only hope Blake makes good on his promise and finally frees me from my twisted bloodline."- Megan

"Conceived from evil, that's what Mark says. I don't feel evil. Terrified is more like it." - Callie

"I used to be able to bring men to their knees, but Lewis made sure to rectify that by leaving me with my own disadvantage, cursing me with the last breath he took on the day I ended his life. Karma's a bitch." - Talia

Temptations From The Past Quote

" I'm not that different from the likes of Blake. I have a mate I adore and all I seek is to make sure she has everything her heart desires: material things, power, and a male who is capable of protecting her. I may go about it through means of force, but that is what's required from a beast providing for its partner."- Deacon

"It was through an act of revenge that my life eventually began. I remember the gratitude I received for my part in rescuing Megan and Callie that day, but it was I who was grateful for the life that was given to me." -Sabrina